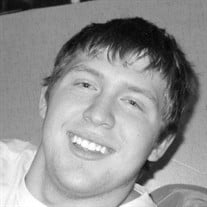 Appalachia, Virginia Logan Kaleb Sullivan May 17,1989-January 14, 2022 Kaleb Sullivan, 32, passed away unexpectedly from complications of his Diabetes while traveling as a nurse. Logan Kaleb Sullivan was a beloved Son, Brother, Uncle, fiancé, friend and bonus dad. He is preceded in death by his brothers David Sullivan and Michael Baker. Kaleb is survived by his parents Michael and Connie Sullivan; brothers, David (Tesia) Sullivan, Jeremy (Mallory) Sullivan, Michael Sullivan; sisters, Brandy (David) Belcher, Tabitha (Josh) France; nieces, and nephews, Kairi and Alara Sullivan, Charlize, and Atticus Sullivan, Rheagan Sullivan, Morgan, Tabitha and Braxlee Belcher, Emilie, and Andrew France. He leaves behind a fiancé TJ Street and his bonus babies Arianna and Damian. Kaleb was a dedicated member of the medical field, having been a LPN for 11 years. He was born and raised in Wise County Virginia and moved to Bristol Virginia for the past year. Kaleb was a bright soul that made everyone's life better just for knowing him. He was loved dearly and will be missed tremendously.

The family of Logan Kaleb Sullivan created this Life Tributes page to make it easy to share your memories.

Send flowers to the Sullivan family.